It looks like a dream resort consisting of luxurious villas - set up internally by our work groups - each surrounded by an exclusive Mediterranean scrub garden. The private beach is just one of the luxury pluses of the Sicilian resort designed by Olga Polizzi: the touristic offer of the seaside city, also due to the presence of thermal waters, is enriched with this luxury resort by another suggestive destination.
In 1996 the designer Olga Polizzi laid the foundations for a new luxury hotel company, Rocco Forte Hotels, of which she - Vice President and Director of Design - and her brother are the largest shareholders. Rocco Forte Hotels owns, among others, the Amigo Hotel in Brussels, the Astoria Hotel in Saint Petersburg, the Balmoral in Edinburgh, the Brown’s Hotel in London, the Hotel de Russie in Rome, the Lowry Hotel in Manchester, the Savoy Hotel in Florence, Villa Kennedy in Frankfurt, the Hotel de Rome in Berlin, the Charles Hotel in Munich and the Verdura Golf & Spa Resort in Sicily. Our teams took care of the interior fitting out for the villas. 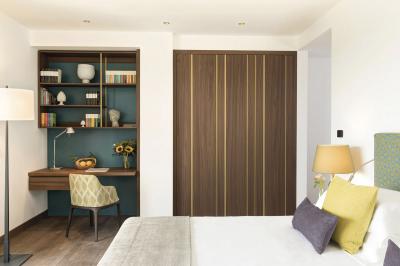 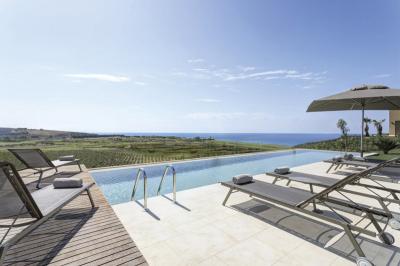